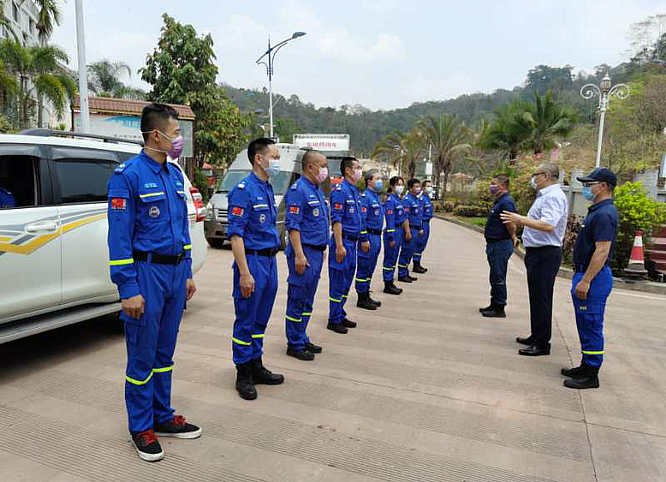 With the approval of the Ministry of Civil Affairs, the volunteer rescue team composed of China Charity Federation and Beijing Blue Sky Rescue Team went to Cambodia to support fighting against COVID-19.

The Blue Sky Rescue Team started their journey from Beijing by driving on April 15, 2020. They took a number of medical masks, protective suit, cleaning and disinfection equipment and disinfectants. China Charity Federation printed 10 thousand brochures on how to prevent and control COVID-19 so as to help Kampuchea medical workers and community workers understand the knowledge of the epidemic prevention and control.

Established in 2007 as the largest nongovernmental volunteer rescue organization , the Blue Sky Rescue Team is the first officially registered private professional rescue team in China. At present, it has established more than 600 teams in relevant countries and regions around the world, with a total number of volunteers reaching more than 50000.