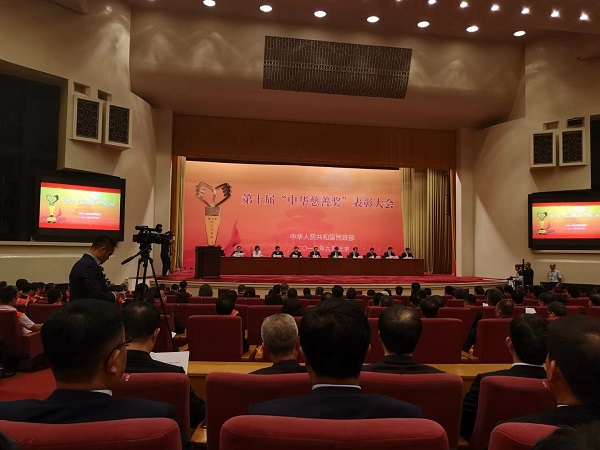 On September 13, 2018, the commendation conference of the 10th “China Charity Prize” was grandly held at the Great Hall of the People in Beijing where “A Better Tomorrow for Children” won the honor of “China Charity Prize” charity project. Huang Shuxian, the Minister of the Ministry of Civil Affairs presided over the commendation conference, Wang Yong, a State Councilor, Wang Yongqing, Vice Chairman of the CPPCC (the Chinese People’s Political Consultative Conference) and other relevant leaders attended the conference and presented awards to the winners. As the most authoritative and the most influential prize with highest degree of involvement in the charity field in China, the “China Charity Prize”, which was established by the Ministry of Civil Affairs in 2005, is commended every two years. 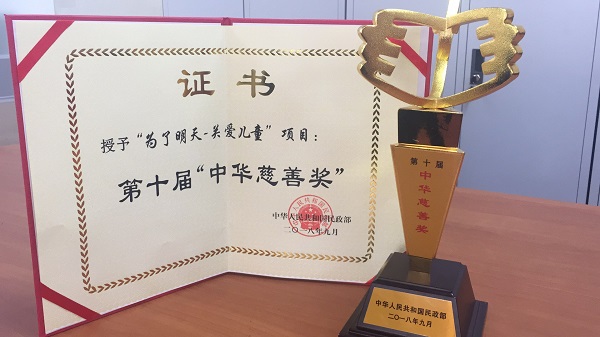 In the future, China Charity Federation will as always, continue to respond to and implement the national spirit of caring for and protecting children living in distress, and give full play to the effect of the “A Better Tomorrow for Children” project through continuous optimization of the project. We encourage people and businesses from all walks of life to continue to donate to help children, expand the scope of building Centers for Left-behind Children and solve problems confronted by such children in various ways. The Centers for LBC donated will be named by the contributing enterprises and China Charity Federation. Let’s join hands to contribute the final solution of the Left-behind Children.